The full lineup for this summer’s Rochdale Feel Good Festival has been revealed.

Former Hacienda DJ Dave Haslam and renowned Blondie tribute Bootleg Blondie will be playing at The Empire along with The Merchants, Katie O’Malley and many more, with their festival stage running from 1pm until 3am. 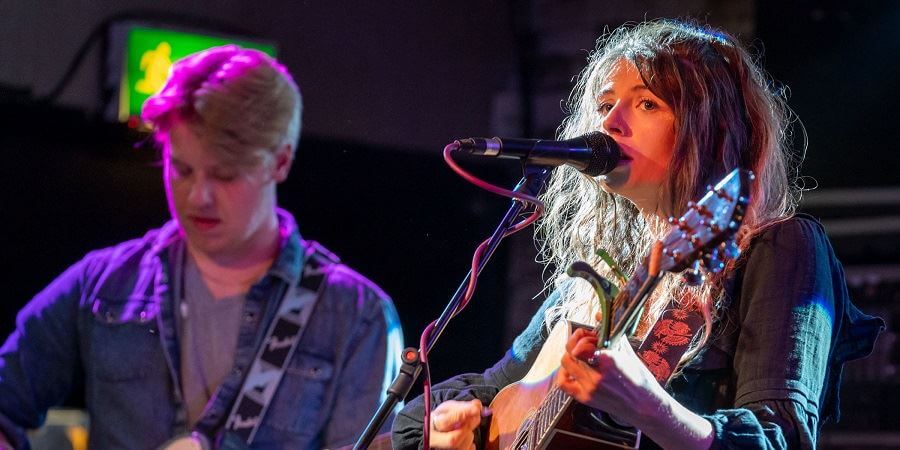 Katie O’Malley will be performing at The Empire.

Hoochi Koochi in South Parade host a Feel Good Family Folk Hootenanny from 2pm–5pm with local folk group Oakenhoof. After The Fratellis headline set on the main stage, Barry Fratelli, bassist from the band will be heading over to Hoochi Koochi to DJ alongside Manchester music icon Clint Boon and main stage host Dave Sweetmore.

Country rock band Between The Vines will be performing at The Medicine Tap in the afternoon from 3.30pm.

There’s a choice of 2 official after show parties at The Flying Horse Hotel – rock band The Boutiques upstairs in The Old Court Room and downstairs Mexican and Irish flavours with Juan Direction and The Scattering playing live.

Singer/songwriter Jack Carroll from Heywood will be at The Baum on Toad Lane from 10pm.

There are shows on Friday, 12 August 2022 too, with local band The Sprats warming up for their main stage appearance with a gig at Hoochi Koochi and an indie DJ set from Dave Sweetmore.

Also on the eve of the festival, The Flying Horse Hotel hosts two festival stand-up comedy shows in The Old Court Room, headlined by Britain’s Got Talent and Phoenix Night’s star Steve Royle – a family-friendly show at 6pm and an 8.15pm adults-only show on a line-up that also includes Anna Thomas, the winner of BBC’s New Comedy Awards 2021.

“Rochdale Feel Good Festival has long been one of our most popular events and it has been missed by many in recent years, so it is fantastic to see it back this August. The entertainment is right across the town centre so as well as the main stage area there is so much to see across our indoor venues, including comedy and music on the Friday too.”

“It’s exciting to be back and there’s a buzz building around town now. I think there’s a great appetite from locals and visitors as Rochdale Feel Good Festival returns and we are working hard behind the scenes to help put on another first class event.  We must do all we can to get behind the town centre, support our local businesses, and this festival is an important part of that. People have always come out and supported the event in the past so we need that more than ever this year.”

Most performances at the indoor venues are free and un-ticketed, but check the website for details as a couple are ticketed.  You also need to buy tickets for the Friday comedy shows and early booking is advised.

The festival is funded by the council together with ticket sales and sponsorship from local businesses:

If you'd like to get involved with the festival, email events@rochdale.gov.uk