A new secondary school and the local community are reaping the benefits of a newly completed walking and cycling scheme in Middleton.

The council has finalised its work to improve land around the Bowlee Park area, connecting the residential estate of Langley with the new Edgar Wood Academy which opened in the autumn of 2022.

New walking and cycling routes have been created alongside the school, running from Heywood Old Road to Martindale Crescent and Windermere Road. 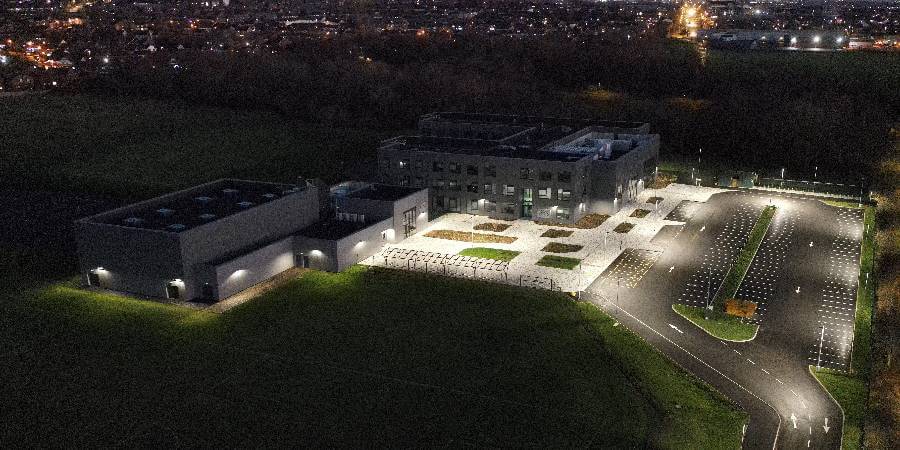 This will help alleviate the reliance on dropping off or picking up children at the school in vehicles, and will promote more active travel in a bid to provide more sustainable travel options with the benefit of improving health and wellbeing among residents and school children.

It should also see less general traffic to the park, as alternative travel options have come into being.

Councillor Daniel Meredith, cabinet member for highways and housing, said: “This scheme gives pupils and their parents an alternative to being taken to school by car. As more and more people turn to cycling, these new dedicated paths and routes cater to that desire.

“It promotes the idea for others to take up the activity as a means of getting to and from the school, and so meets our ambitions with regards to climate change and achieving net zero carbon.

“Residents who wish to use the park will now have a much more pleasant experience with the area well lit with new paths that have been newly surfaced.”

The major capital highways scheme saw new routes and footpaths created on land adjacent to the school that would have otherwise been cut off and marooned. And prior to the project being completed, the land was often muddy and sodden, making it difficult for people to negotiate.

In addition to the new walking and cycling routes, a new access road with full street light is now in place.

Not only are school children and parents seeing a benefit but Bowlee Park has also become much more usable for residents and has seen an increase in visitors.

The scheme was delivered in conjunction with the development of Edgar Wood Academy, which opened in September. The school was funded and built by the Department for Education after planning was approved in 2019. The council provided the land for the school, which was built to create sufficient secondary school places in Middleton.

The scheme was recently completed to coincide.