Smiles and sparkle as switch-on starts Christmas countdown in Rochdale

The countdown to Christmas began in Rochdale on Sunday, 20 November 2022 with the lights switch-on at Rochdale Riverside and festive family entertainment across town. 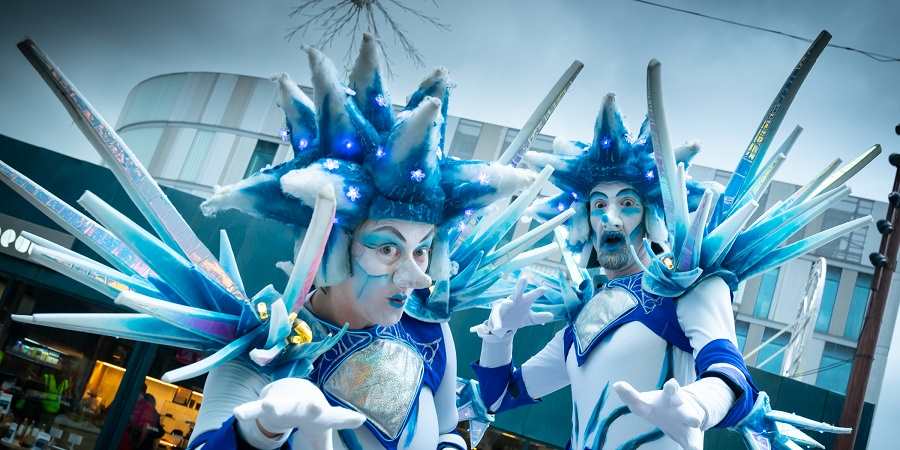 Jacks of Frost were a very festive pair of sparkling entertainers.

Displays and activities included Illumaphonium – an interactive musical installation of over 100 illuminated chime bars. A giant disco ball brought fun and music to the streets with sound-activated coloured lights and ‘Jacks of Frost’ were a very festive pair of sparkling entertainers on stilts. A pair of giant squirrels brought more family fun to the day as well as luminous angels performing to mesmerising music, along with ‘The Invisible man’ – a quirky street theatre show. Inside Number One Riverside, Cartwheel Arts hosted a Christmas craft workshop for families and Middleton Band played seasonal favourites. 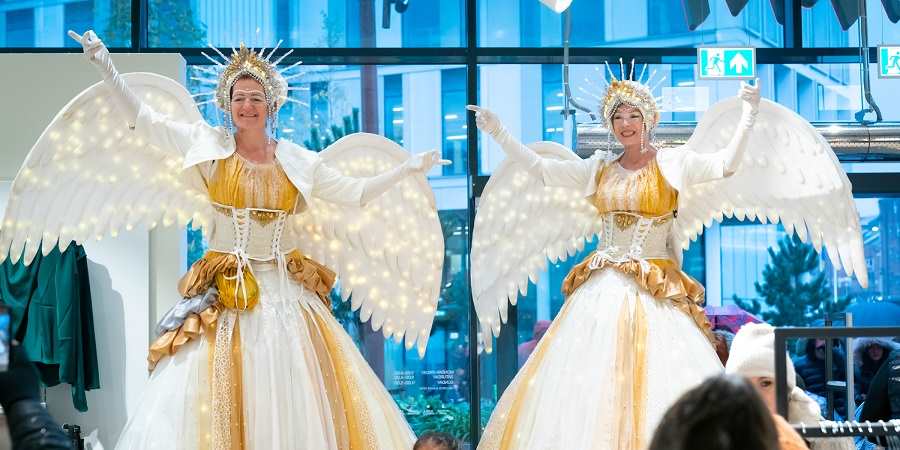 Festive food and drinks were served for those waiting for the switch on, with Middleton Arena Christmas pantomime star Dame Dolly (Matthew Siveter) introducing proceedings just before 4pm. He led an impromptu sing-along of ‘Singing in the Rain’ with the crowds braving heavy downpours throughout the afternoon. Mayor Councillor Ali Ahmed then addressed the audience, followed by Father Christmas, before the lights were switched on for 2022. Britain’s Got Talent finalist and classical singer Lucy Kay who was due to perform at the event was forced to pull out due to travel disruption.

“It was so good to see lots of people, despite the poor weather. The moment the lights go on is magical. Rain didn’t dampen the spirits and there were so many smiles on children’s faces, which is what it is all about.  I am encouraging everyone to come back into Rochdale over the next few weeks, we’ve so much going on including the BBC Philharmonic Christmas Concert, the Street Eat festival and Father Christmas in his grotto at Touchstones Rochdale.”

It was a busier than usual Sunday afternoon for shops, restaurants and bars, with some offering special deals for switch-on guests.

“We couldn’t turn off the rain unfortunately but it was great to get Rochdale Riverside twinkling for Christmas and to see so many people.” 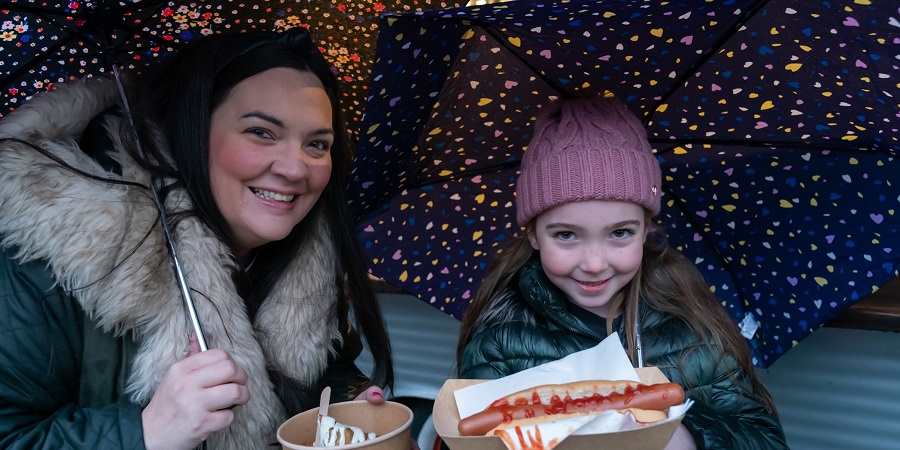